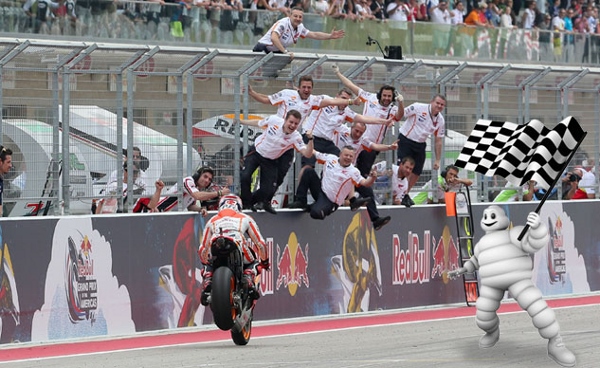 Dorna Sports, promoter and organiser of the MotoGP World Championship, which is sanctioned by the Fédération Internationale de Motocyclisme (FIM), has announced that Michelin will be the sole supplier of tyres to teams participating in the series from 2016. 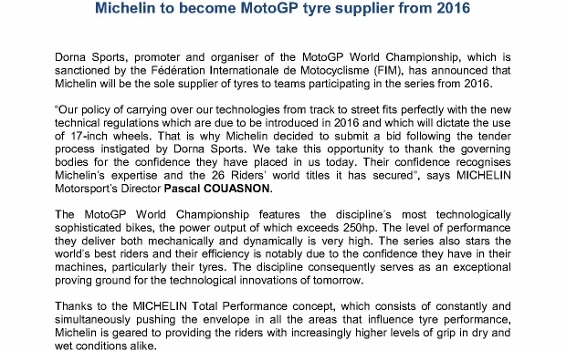