Lexus expands its line-up of models 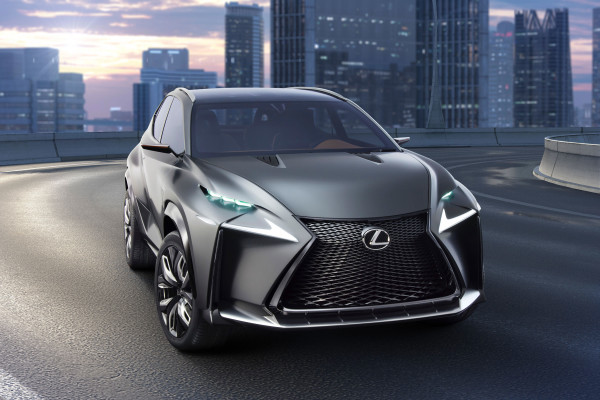 Premium automotive brand Lexus, painted an exciting future for the marque with the unveiling of the new Lexus LF-NX Turbo concept and the RC Coupe at the recent 2013 Tokyo Motor Show. The new Lexus LF-NX Turbo concept, the marque’s first turbocharged advanced crossover concept, and the visually captivating new Lexus RC Coupe, are a perfect illustration of the brand’s focus in incorporating bolder design and delivering exhilarating driving dynamics.

In addition to the new LF-NX Turbo concept and the production-ready RC Coupe, the marque also recently unveiled the new 2nd Generation Lexus CT 200h at the Guangzhou Motor Show in China. The new CT 200h, will spot a more dynamic and sophisticated exterior design, which coupled with an enhanced driving performance, will strengthen Lexus’ positioning as the undisputed leader in the luxury hybrid segment.

Borneo Motors Singapore has announced that both the Lexus CT 200h and the sleek new RC Coupe will both be made available to local customers in 2014. The new Lexus CT 200h is expected to be launched in the second quarter of 2014, while the highly-anticipated RC Coupe has been pencilled in for a fourth quarter release. 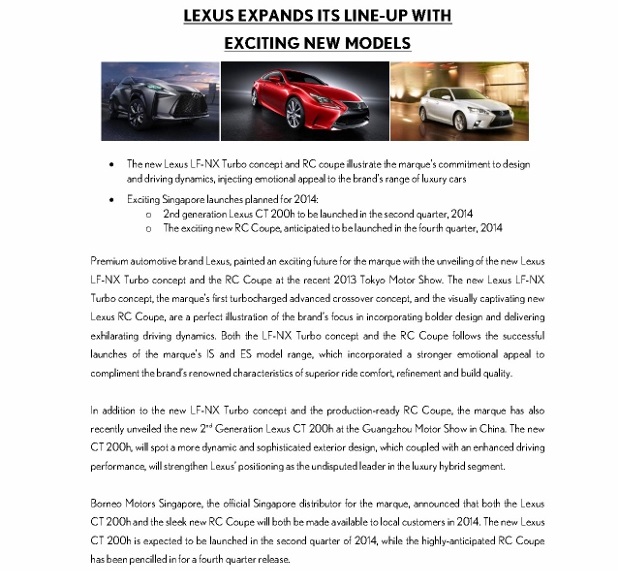 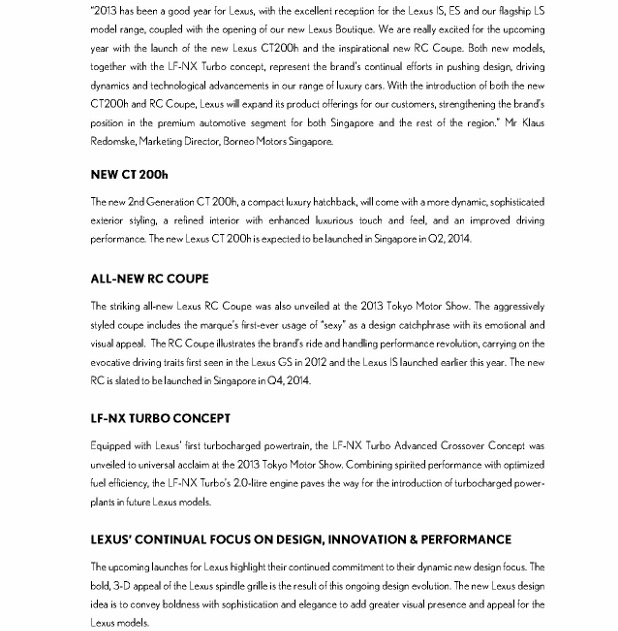