Hanging out with Tim Don, the Man with the Halo 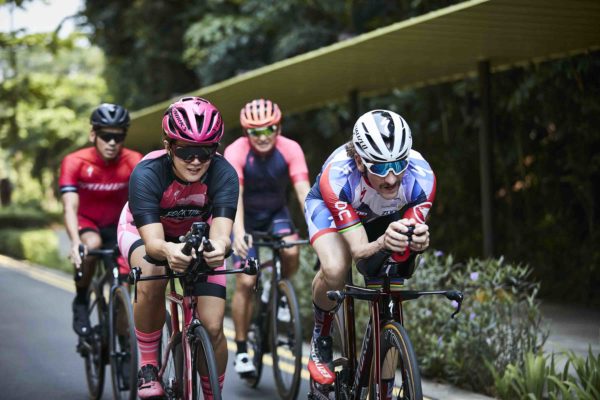 Specialized Asia celebrated its 10th anniversary in Singapore and they had Tim Don in town for a few days. Tim is the Ironman world record holder (7:40:23) and also one of the most inspiring athletes of all time.

If you don’t know Tim’s story, here it is in a nutshell: He had set the world record at Ironman Brazil in 2017 and was one of the favourites for the Ironman World Championship that year in Kona. However, a few days before the race, he was hit by a truck driver while he was out cycling and he broke his neck bad. He chose to go with the halo, a very extreme treatment option but has the highest chances of recovery. That was how he earned the name ‘Man with the Halo‘. He fought hard to recover and make a comeback and is back racing.

I have loads of respect for this man – the recovery process, physically and mentally, must have been really painful. Watch his documentary, it made me cry.

He is very friendly and humble, and I was really honoured to have spent the few days with him – swimming/biking/running with him, driving him around in my car with Hello Kitty seatbelts, getting him kaya to bring back to the UK etc etc. I talked to him about so many things under the sun and he is a really cool guy!

I was a little nervous about meeting him, but he is just SO nice. No airs about him and just a great guy all around. I only wish the very best for him!