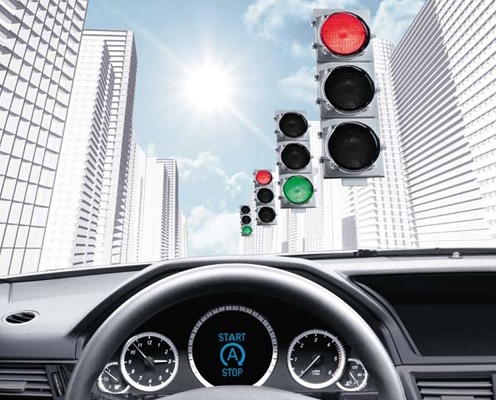 The study was carried out for Castrol by TomTom, using information from its satellite navigation systems on vehicles in 50 cities worldwide. The goal was to highlight the pressures that changing driving conditions place on vehicles across the globe.

Other cities in the study include Beijing with 28,200, London with 21,000 stop-starts, New York with 15,480, and Sydney with 13,200.  Stop-start driving can increase microscopic wear in car engines and Castrol’s studies have shown that even a normal driver can experience as many as 18,000 stop-starts every year.

According to Castrol engineers, frequent stop-starts can cause increased wear to a car engine.  The number of stop-starts reflect the driving conditions and situations drivers are facing in each market.  These results show the size of the stop-start problem and indicate that precautions are necessary, one of the reasons why Castrol commissioned this study.

Castrol have identified three levels of stop-start driving, Green, Amber and Red (detailed below).  Amber and Red warn drivers of heavy stop-start conditions which are likely to bring about serious stop-start wear to the engines. They will trigger drivers to take appropriate actions to fight against stop-start wear and protect their engines every time they start.

·      AMBER: Heavy level of stop-start driving, as drivers are experiencing 8,000 stop-starts or more per year. Drivers should take actions to protect against stop-start engine wear.

·      RED: Severe level of stop-start driving, as drivers are experiencing 18,000 stop-starts or more per year.  Drivers should take actions to protect against stop-start engine wear.

The project highlights stop-start driving, including traffic, urbanisation, and short journeys experienced in each area.  Data from vehicles and trips within a region and time span was aggregated by TomTom, total driven kilometres and total number of stops calculated, and an average number of stops per driven km per region derived.

“This project confirmed that drivers were making lots of stop-starts in their vehicles. In fact the numbers of stop-starts per year far exceeded our initial expectations – almost double in some cases! This highlighted that there are many more drivers out there that need the stop-start wear protection of Castrol MAGNATEC STOP-START.”

“The results from the Index are fascinating and working with Castrol to produce the Index has been very revealing.  Istanbul’s highest stop rate among the big cities corresponds to its very high congestion level, followed by Moscow and Mexico City, certainly founded by heavy daily congestion as well. Traveling in Rotterdam however goes along with the lowest stop rate as the city has moderate congestion.”

Please check out the Castrol MAGNATEC STOP-START Index report here to see where your local city stands globally.  For more information on the methodology of the study and implications of stop-starts on your engine, please visit http://magnatec.castrol.com/campaigns/stop-start-index.html