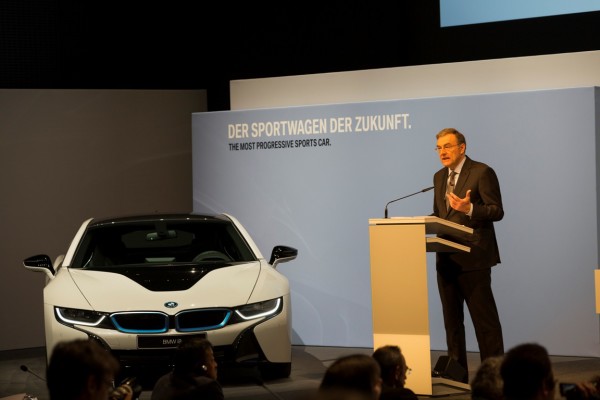 With its fourth straight record year, the BMW Group’s strong performance continued during the past year despite a challenging economic environment worldwide. The company successfully maintained its position as the world’s leading premium manufacturer.

“In 2013 we achieved new highs for sales volume and profit and have thereby reached the targets we set ourselves for the full year”, stated Norbert Reithofer, Chairman of the Board of Management of BMW AG, on Thursday in Munich. 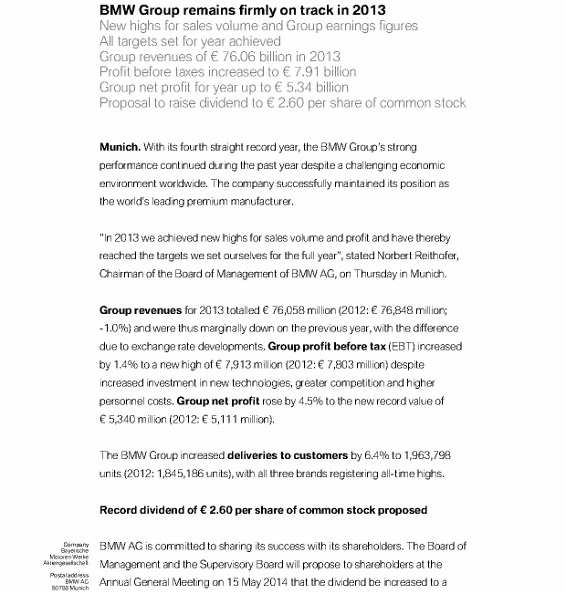 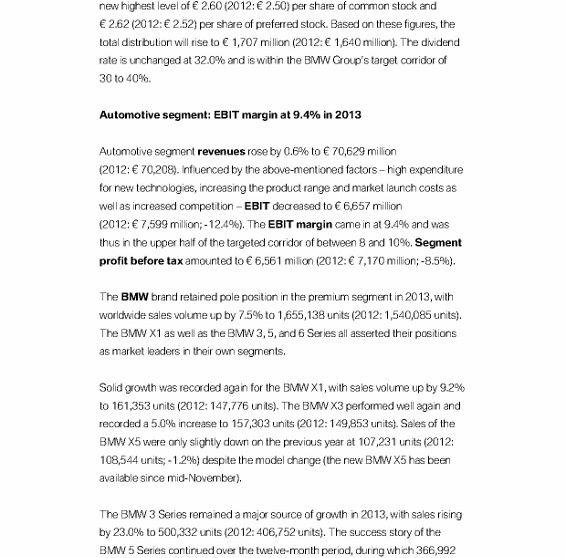 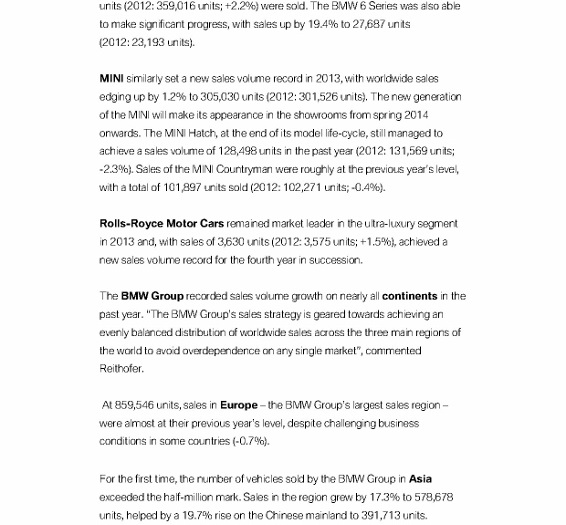 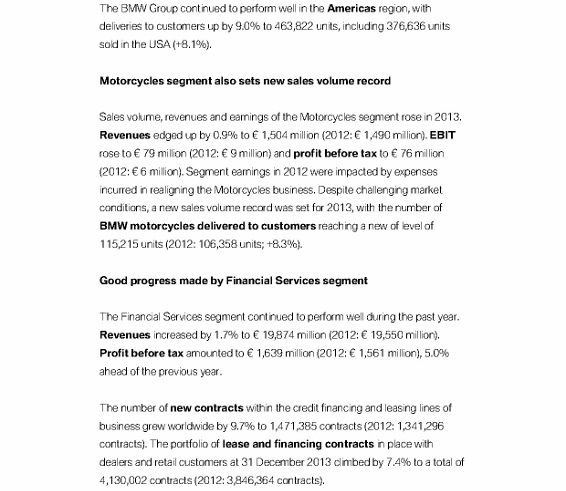 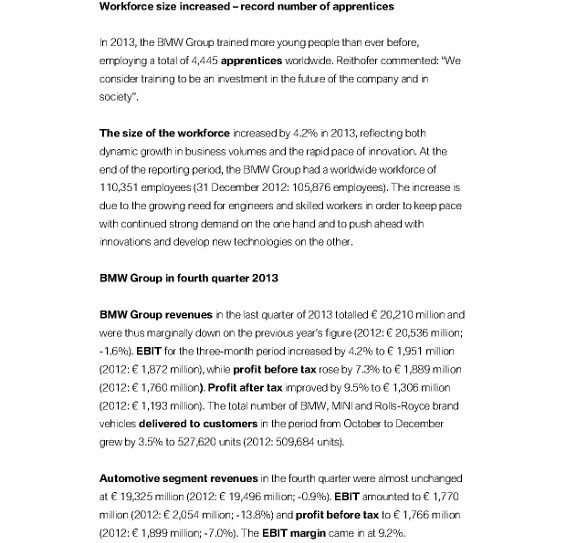 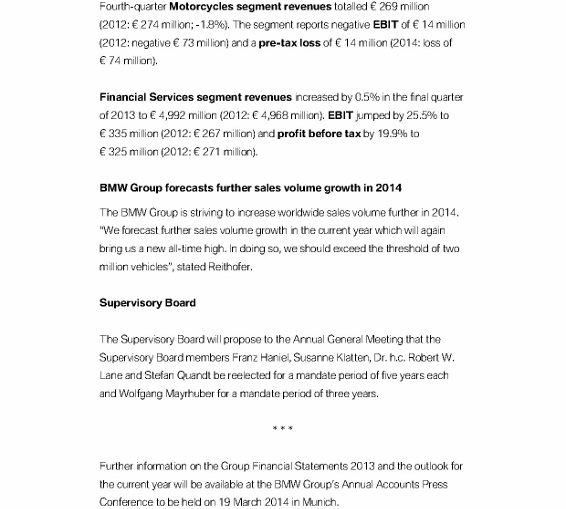 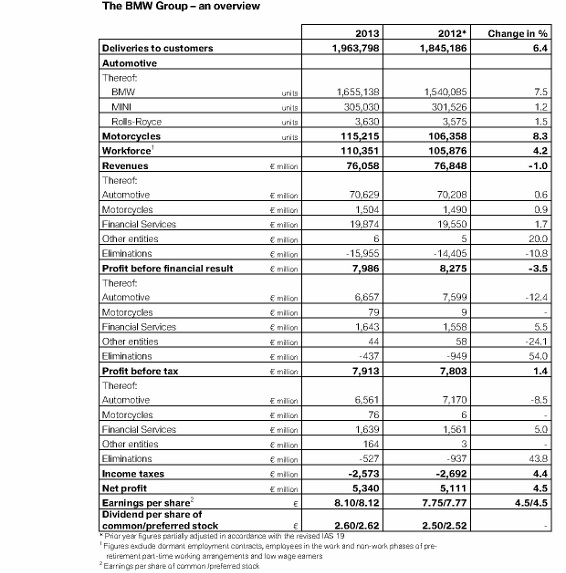 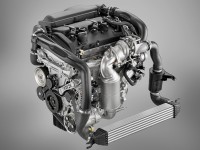 BMW Group engines secure another double win in the Engine of the Year Award 2014
July 1, 2014 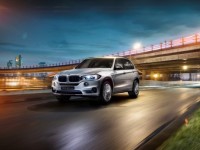 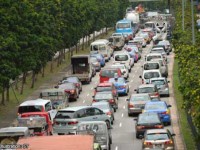