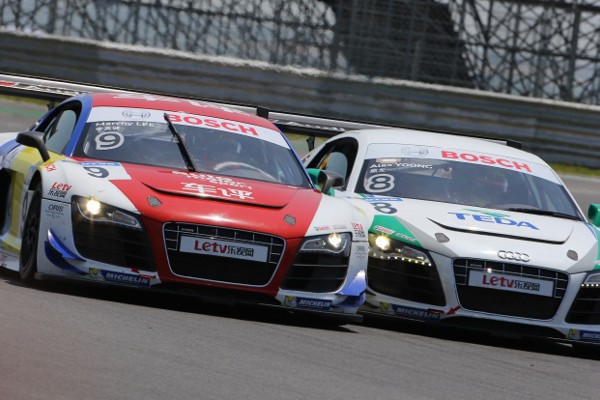 On 17 May 2014, the season opener of the 2014 Audi R8 LMS Cup concluded with a victory for “Franky” Cheng Congfu at the Korea International Circuit in Yeongam. The Chinese driver started at the front of the field after posting the fastest lap time in qualifying. Using the new push-to- pass engine boost, Cheng consolidated his lead during the first lap and held on to it with strong and consistent driving. Adderly Fong from Hong Kong, and former Formula 1 driver Alex Yoong from Malaysia, came in close behind in second and third.

The following day, former Formula 1 driver, Alex Yoong from Malaysia, claimed a start-to-finish victory in Round 2 of the 2014 season opener of the Audi R8 LMS Cup at the Korea International Circuit. He saw off stiff competition from Swiss female driver Rahel Frey, who came in second, and 2012 Audi R8 LMS Cup champion Marchy Lee, who completed the podium in South Korea. 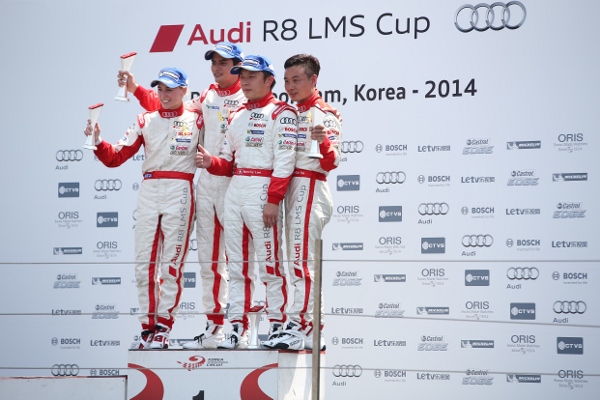 “Franky” Cheng Congfu, after Round 1:

“It was an eventful start to the race, but lucky for me I managed to avoid it. It was all smooth for me, and I was able to hold on to the lead from the start and control the race. It’s nice to start with a win. I’m happy.”

Adderly Fong, after Round 1:

“It was a good race. First place would have been better but second is still ok. I was struggling a bit in places. The surface is a bit slippery. The race was  fun, but I wish I had  a bit more pace today.”

Alex Yoong, after Round 2:

“It was a tricky race for me with the weight addition. The extra 20 kilograms made it hard to keep the lead. I just tried to maintain a gap behind me and used the push-to-pass defensively to prevent Marchy from overtaking. It was a close fight but I managed to keep him away and drive steady to win.”

Rahel Frey, after Round 2:

“The race was brilliant, full of action. My strategy was to save the push-to-pass, so I could attack at the end. I managed to overtake Marchy, so it worked! Push-to-pass is not only exciting for the drivers, but for the spectators as well.” 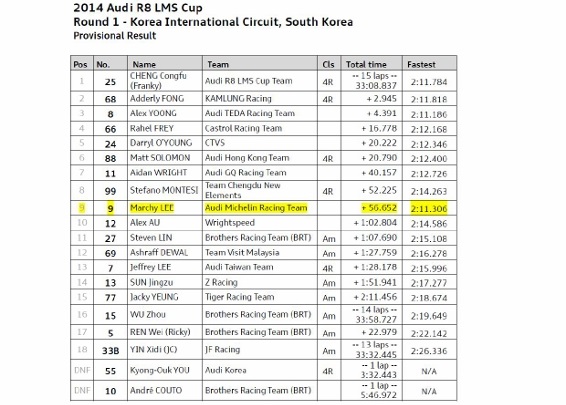 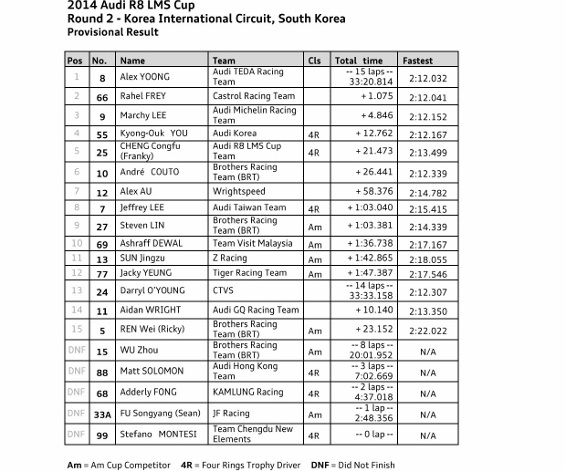 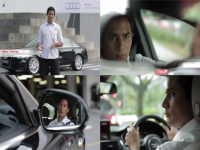