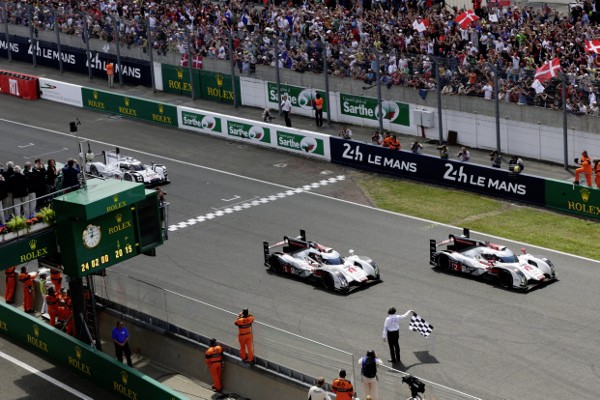 In front of nearly 300,000 spectators, Audi continued its unique string of victories in the Le Mans 24 Hours. In the 82nd running of the world’s most important endurance race, Marcel Fässler/André Lotterer/Benoît Tréluyer (CH/D/F) and Lucas di Grassi/Marc Gené/Tom Kristensen (BR/E/DK) made for a one-two Audi victory. 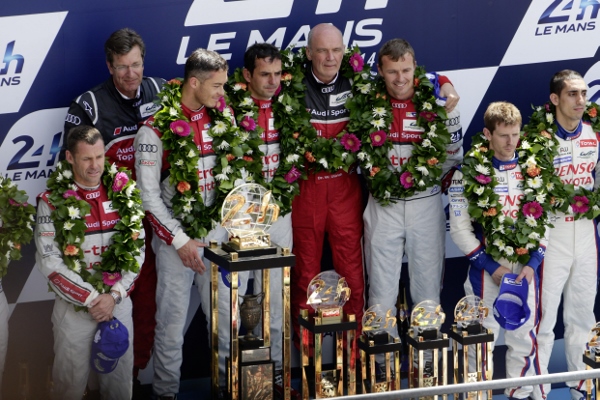 It marked the 13th Le Mans success for the brand with the four rings in only 16 runs – and may have been the most valuable one to date, as Audi Sport Team Joest prevailed against massive competition by Le Mans returnee Porsche and Toyota in an extremely tough race that was completely open for a long time. The decision in favor of the two Audi R18 e-tron quattro cars was only made in the final phase. 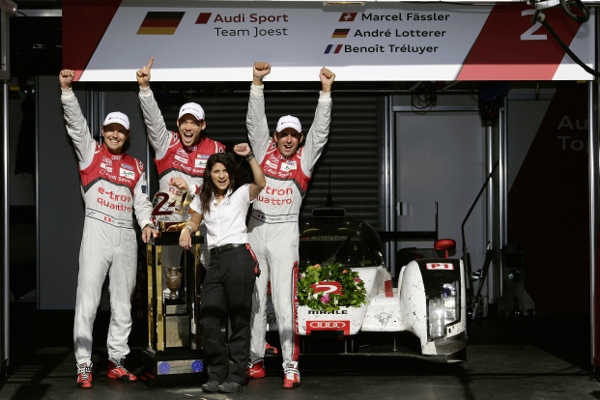 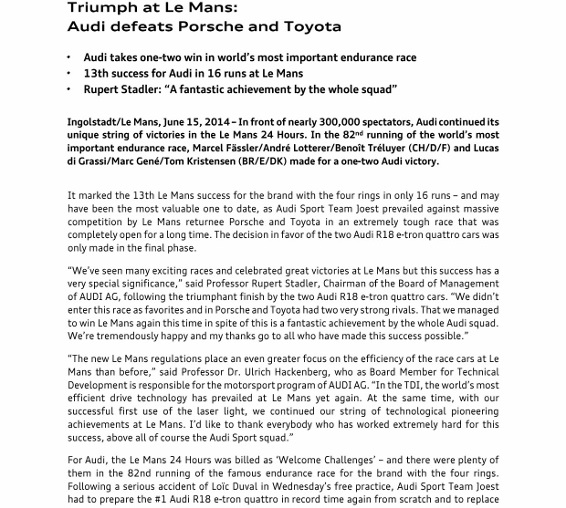 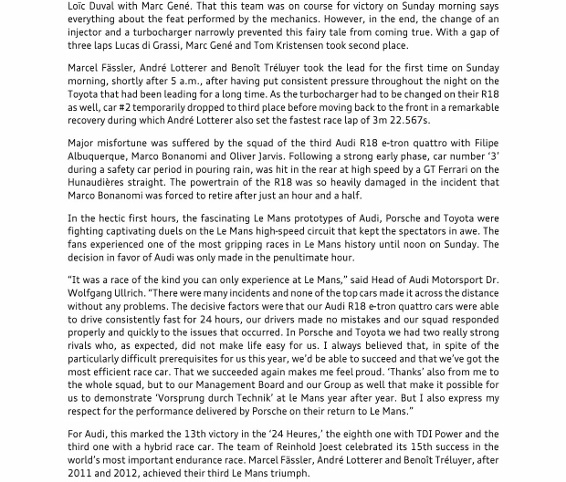