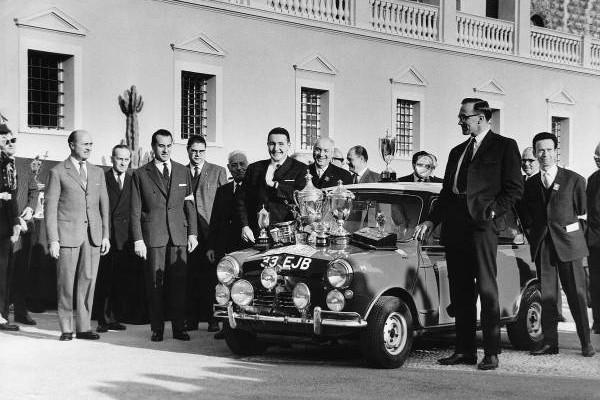 A big victory for the small car: 50 years ago the classic Mini won the Monte Carlo Rally for the first time

To this day, Mini fans still make grumble about being ‘cheated’ off the 1966 Monte Carlo Rallye.

MINI also just made a hat trick victor at the recent Dakar.

Paddy Hopkirk made the one-off British small car a motor sport legend in January 1964 – Timo Mäkinen and Rauno Aaltonen repeated the triumph in 1965 and 1967.

Munich/Monte Carlo. Small car, huge win: it is now 50 years since one of the most spectacular victories in the history of international motor sport. On 21 January 1964, the Mini Cooper S won the Monte Carlo Rally for the first time. It was the pairing of Northern Ireland’s Patrick (“Paddy”) Hopkirk and his co-driver Henry Liddon that pulled off the big surprise, resisting the supposed superiority of significantly more powerful rivals in their small British car. Its faultless run over country roads and mountain passes, ice and snow, tight corners and steep gradients laid the foundations for the underdog-turned-giant-slayer to cement itself in both the hearts of the public and the annals of motor sport legend. Indeed, the classic Mini’s dominance of the Monte Carlo Rally continued over the years that followed, Hopkirk’s Finnish team-mates Timo Mäkinen and Rauno Aaltonen adding two further overall victories – in 1965 and 1967 – to the British manufacturer’s collection.

Now 80 years old, Paddy Hopkirk‟s eyes still light up when he recalls the driving qualities of his winning car: “Although the Mini was only a little family saloon, technically it had a lot of advantages. Its front-wheel drive and front-mounted transverse engine were a great advantage, and the fact the car was smaller and the roads were ploughed, they were quite narrow, so I suppose that was an advantage. We were very lucky – the car was right, everything happened at the right time and came together at the right moment.” 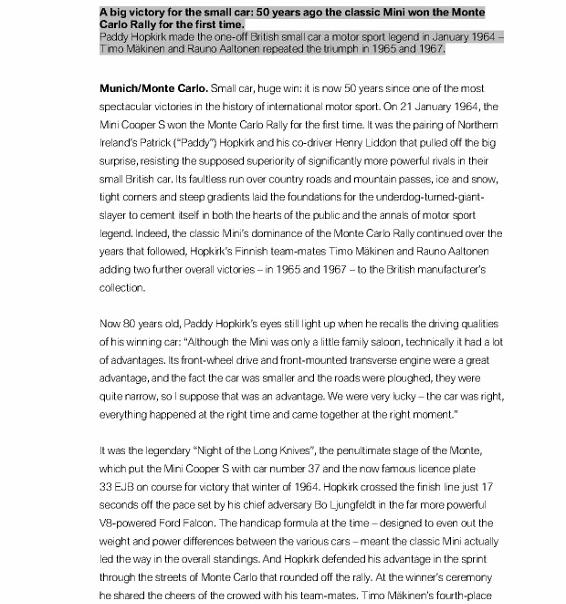 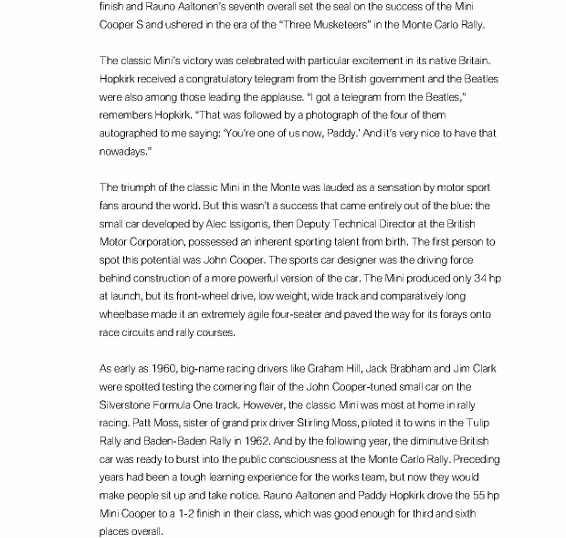 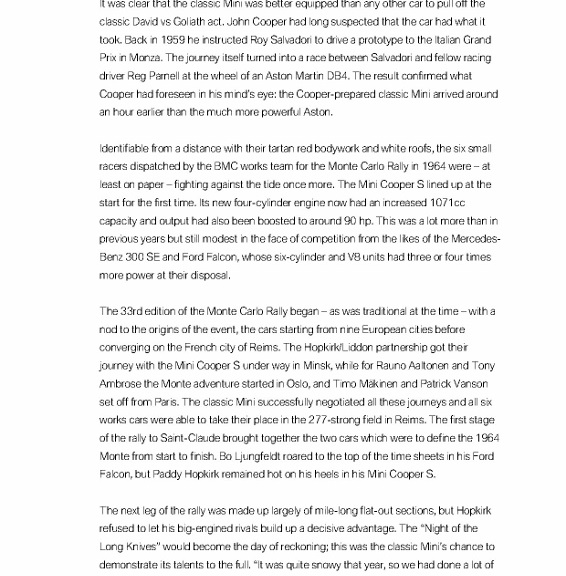 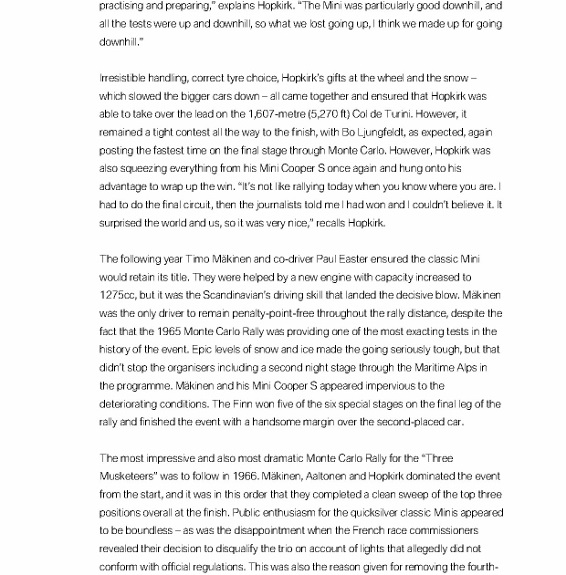 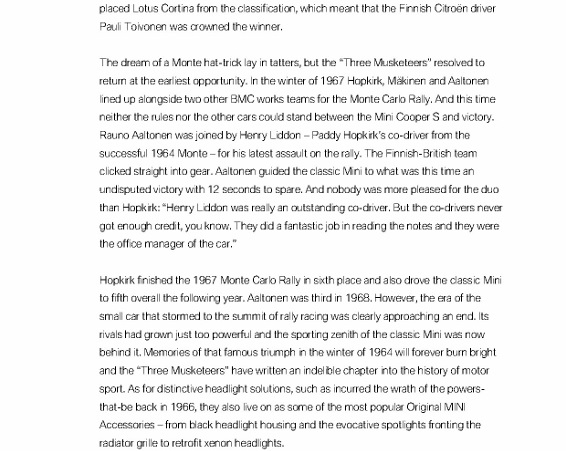 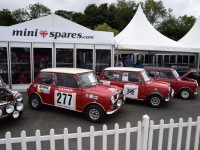 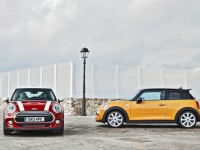 The New MINI. The New Original: Epic driving fun better than before.
April 25, 2014