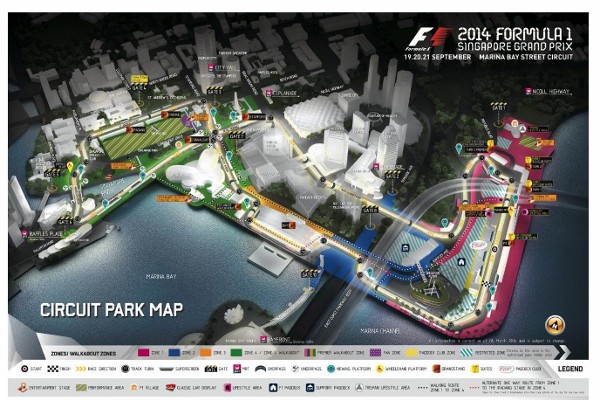 In just over a week, the 2014 FIA Formula One World Championship will kick off in Melbourne featuring brand new 1.6 litre V6 power-units, new driver pairings and new rules which are set to shuffle the grid. It’s going to be a dramatic season, so strap on your seat belts and enjoy the ride!

Singapore GP is pleased to announce that early-bird sale for the 2014 FORMULA 1 SINGAPORE GRAND PRIX general tickets will officially start from 12 March 2014 (0900 hrs, Singapore time). Fans of the night race can look forward to new ticket options and significant savings of up to 25% off regular prices during the early bird phase for the seventh instalment of the only Formula One™ night race on 19, 20 and 21 September.
For the first time, single-day walkabout tickets will also be released earlier, and Singaporeans and Singapore residents can enjoy a special promotional price of $38 for a limited number of Friday Zone 4 Walkabout tickets. This promotion is only available for over-the-counter purchases at all SISTIC outlets in Singapore, with a maximum of four tickets allowed per transaction. 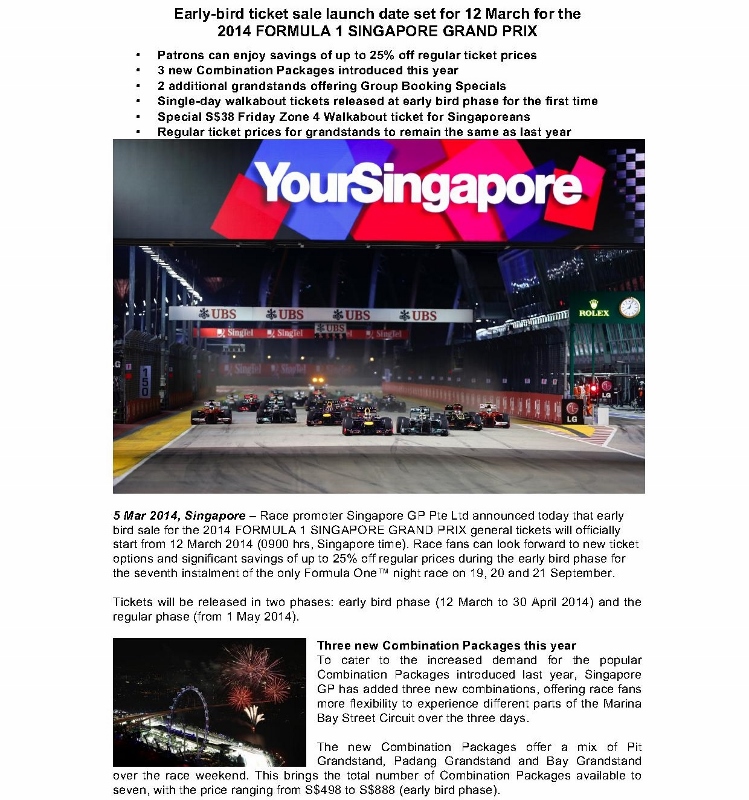 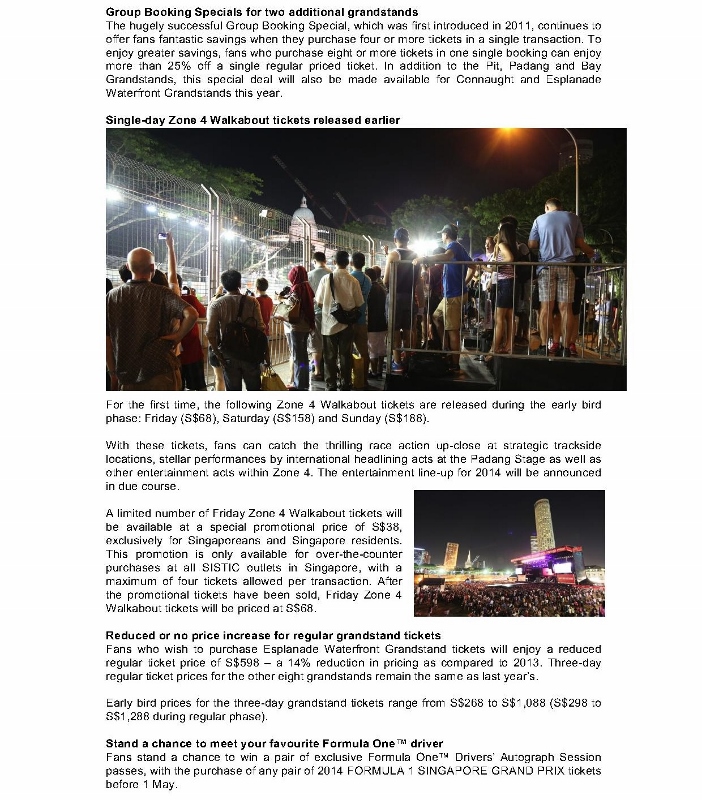 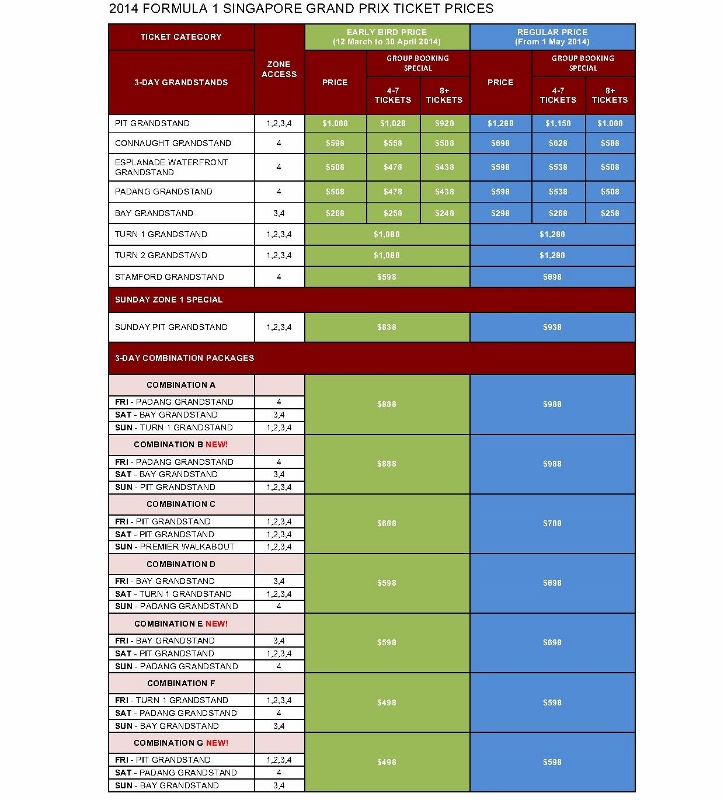 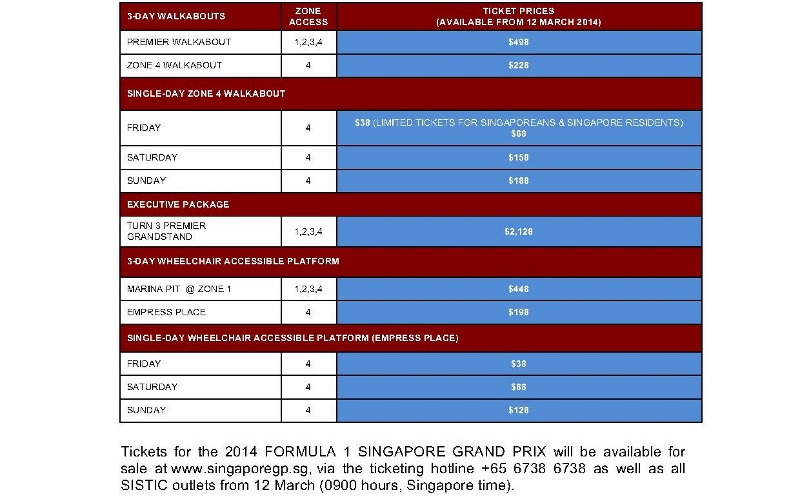